Siren is one of the many mythological beings Perseus must defeat in Clash of the Titans: The Video Game.

In greek mythology, sirens were mythical creatures who use their magical voices to entrance humans and make them crash their ships on the rocks. They are usually shown as half-woman, half-bird creatures but are also depicted as women or mermaids.

The Sirens are beautiful mermaids who are feared by all sailors. In Clash of the Titans, Sirens are associated with certain aspects of nature such as fire and water. In the game, their are two species, the Sirens of the sea and water and the Sirens of fire.

All Sirens have the appearence of a humanoid woman with a long serpent/fish-like tail that ends with a long, single fin. Sirens posses large, wing-like fins on their waists and short spiny fins on their backs. Both species of Siren wear jewellery such as crowns and bracelets.

Mermaids are a nuisance as they attack when Perseus is fighting other foes. They use long ranged attacks and will teleport if Perseus tries to attack them. Sirens are still dangerous and difficult to defeat, even when they are fighting Perseus by themselves.

Clash of the Titans: The VideogameEdit

In the first level of the game, the fishermen are unable to fish as a siren has made the beach and the dock her home. Perseus volunteers to go and destroy her. Sirens are also encountered in the mountains and fire and water sirens live in the prison of Medusa.

The siren or mermaids, are mentioned in Wrath of the Titans. Hephaestus tells Agenor that Poseidon was the one who thought him how to seduce mermaids, which Hephaestus also stated came in handy more times than what he can imagine. 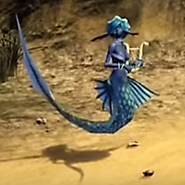 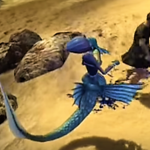 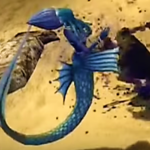 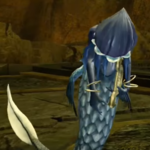 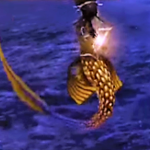 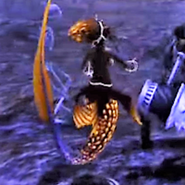 Fire Siren
Add a photo to this gallery
Retrieved from "https://clash-of-the-titans.fandom.com/wiki/Siren?oldid=11408"
Community content is available under CC-BY-SA unless otherwise noted.