Wrath of the Titans I

For years, the land of Argos has been at peace. The legendary hero Perseus has taken the crown and guided the kingdom into a new era of prosperity and good fortune. And with the news that their heir has been born, puts the citizens in a celebratory mood. Yet lurking in the shadows are forces of hate and discontent the threaten to wreak havoc on Argos and destroy Perseus. Inspired by Ray Harryhausen's beloved master work, Clash of the Titans, Wrath of the Titans revisits the magical world of ancient Greece where gods and myth are part of life's everyday fabric and heroes are forged by great and powerful events. 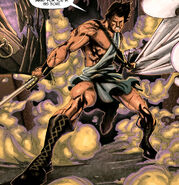 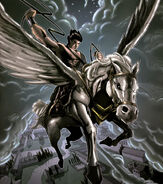